Growing up, I was never the kind of guy who kept up with fashion trends. I regarded fashion as some kind of weird, elitist hobby. The idea that I would ever buy new clothes and ditch my old ones because some celebrity trendsetter somewhere had decided that mine were no longer “in season” baffled me. That said, I’m much older now, and I understand a lot more of the societal forces that drive fashion.

I can’t really point to a society anywhere in the world in which fashions don’t change over time. It’s not like fashion is an invention of the modern world or anything. For example, two hundred years ago in the USA, white powdered wigs were all the rage, and the legacy of that genuinely ridiculous trend will be forever remembered in America’s history books and on its currency.

So no, fashion is not new, and as far as I can tell it’s inevitable. The only thing I can see that’s changed in modern day is the pace at which fashion trends come and go.

What is Fast Fashion And Why is it a Problem?

They call it “fast fashion”. You see, two or three times a year, a bunch of fashion designers gather in a big fancy room somewhere to decide what the world’s newest fashions will be as they watch a bunch of half-starved models walk up and down a catwalk. Fast fashion means taking the new trends and ideas that appear on those runways and getting them into stores as quickly as possible. That sounds fine on the surface, but I doubt any of my readers are unfamiliar with the harsh reality that much of the clothing for sale in American stores is produced in overseas sweatshops.

Fast fashion is one of the leading reasons that these facilities are so numerous, and customers’ insistence that clothing be cheap is the main reason why the working conditions in such places are so dismal.

If all that’s true, and trust me, it is, would that then mean that participating in any new trend is inherently wrong? It’s a gray area at best if you’re buying your clothes from a company which you haven’t researched, but thankfully, a growing number of “ethical clothing brands” have sprung up in recent years.

These companies all take measures to ensure that their workers are treated fairly. If you’re willing to do a little research and to pay a bit more for your clothes, it is still very possible to be fashion conscious without hurting anyone. 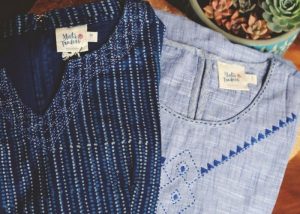 One of my favorite ethical clothing brands is called Mata Traders. Instead of running sweatshops like most other clothing companies, Mata Traders works directly with “free trade artisans” in India and Nepal. All of Mata Traders’ clothing is hand-made, stylish, and their workers are paid a fair wage.

Unfortunately for me, they only make clothing for women, but there is a similar company called Apolis which specializes in men’s clothing. Apolis was founded by a pair of brothers who had seen the effects of the garment industry on impoverished cities. Their company now seeks to empower communities around the world by working with fairly paid artisans to create their uniquely stylish line of menswear. 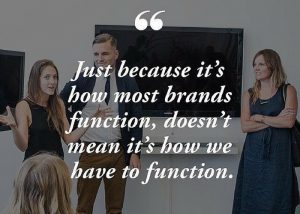 There are many more ethical clothing brands available if you’re willing to look around a bit. Some of them seek to empower women, like the company Naja, which exclusively hires single mothers in Colombia and provides them with fair wages and a nice work environment. Others, like the company Shift to Nature, also place a strong emphasis on ensuring that their clothing is produced using methods which do not harm the environment.

With so many ethical options available and so many people’s fates at stake, I can’t imagine a reason to buy my clothing at a regular store anymore. Hopefully, you feel the same way.